Setting up a personal blockchain

Today I had a bit of an idea. It is essentially setting up my own blockchain to track exchanges on a few compelling items. The concept of ownership and sales is pretty interesting. I used to sell T-shirts that I designed in virtual communities. It was absolutely in the infancy of the economy of selling skins.

I was into the idea of blockchain in the early days. Specifically for the potential positive influences it could have. Very visible and secure transactions could have a positive influence on industry and exchanges. Distributed records could be very helpful in understanding the flow of resources and influence. At the start there were great initiatives around health, the arts, and humanitarian interests. There were also several seemingly lame examples.

Anyway, there is this story about a virtual world exchange where ownership of virtual properties happens. The biggest current iteration of this idea is UPLAND. People don’t actually purchase physical properties. They bid on and sell their own record of owning a Google Maps like listing of properties. You do a search for an address and pull up a listing of the purchase price of that address. If you can’t participate in the real estate game, you can hopefully get your foot-in-the-door on this.

So I am researching the process of setting up a similar system. What would it take to set something up? Would I base my exchange on an existing one? Tie myself to ethereum or bitcoin early? Branch out and find a way to take a variety of cryptocurrencies. Coinbase? Let’s find out.

The first item that came up for me is tying myself to the Ethereum blockchain. Essentially using Asure to crate a genesis block with a hash algorithm and tie it to Ethereum.

Now I am looking at creating an interface for the exchange. My first stop is Code Canyon from Envato Market. A place where organized bits of code are sold for online applications, services, or utilities. It seems that CryptoLab is a good skeleton to base the interface and marketplace on.

In the UK there is CelebDAQ which started in 2002 as an exchange game. There have been celebrities that have asked that their name be taken off that system. It shut down in 2010 and re-launched in 2019. 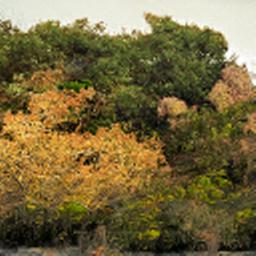 Spending a little time today thinking about machine learning and how it can be useful for what I do. In the past I have used generative algorithms to create patterns and designs that have worked their way into the design. Decades ago I was using PovRay to do raytracing based on simple objects and transparency. Later on, I played with Action Script and Processing to create interactive art pieces. I am currently using C++ and MicroPython/CircuitPython to mess about with microcontrollers, servos, e-ink, and LEDs.

I have used various forms of machine learning in the past to create the base images. Sometimes it is just filling areas in intelligently, or stretching out dimensions without obvious distortion. Other times, it has been making subtle changes to faces that relate to re-lighting or re-posing them. I have also experimented with with causing basic changes to facial features.

At the moment, I am interested in training a system based on a certain genre of painting. I may need a bit more computing horsepower than I currently have. At least I can work out the software now.

https://runwayml.com/ Offers some cool video processing options. It also has a web based interface that seems related to image processing and training. The nice thing about this option is that there really is very little barrier to entry. At the moment, I just have to come up with 500 – 5,000 images that can be used to train the system.

This is a community that offers a head start in working with a few of the systems out there. Pix2Pix seems like a good tool to start with.

The systems behind this work are called Generative Adversarial Networks (GAN) and here is a little list of places they are collected.

This is a free and open-source library for machine learning and artificial intelligence.

Working on a Mac laptop so there is specific code that you can run from Apple. Unfortunately it isn’t really working on my laptop.

Considering getting a CNC machine to carve wood for projects. This could be a really nice thing for my work. I am am a little excited about it. Not quite excited by the price … but that is fine. Need to clean up my garage so that I can set one up. Then buy a bit of wood to put it through its paces. Hoping to create frames and other work related to retablos. Oh, I hope I can get it done!

Probably going to go with the Fox Alien machine. It just seems to have the right price point for getting started. Yes, the motor is not that strong. Yes, it isn’t as robust as the other options. Hopefully the software I use can make the things I want to happen work. On one level I want it to be able to carve out relief characters and designs for retablos. Sometimes these panels have carved elements along the top or framing the work. Other the times, the figures themselves are carved out to enhance the entire piece. It seems that the basic software that comes with these machines is usually only capable of creating outlines. While the hardware is capable of more, things are simplified for users. Apparently using this sort of equipment is quite a technical hurdle for most people.

The Fox Alien machine has about 2″ of depth available to the router. That seems just fine for the products I have in mind.

Lately I have been doing a bit of 3D printing. In the past, it has been about just getting prints to stick to the plate, or wrestling with printer filament. Theses days I am actually modeling things. Well, I have always modeled things, but now the original creation bit is beginning to take over. That is pretty exciting … and boring. Printing this way takes a long time. If you want to print big, it takes even longer.

For now I am focusing on figures, but hope to expand to framing devices and wood carving. CNC Routers work in a similar way. They cut out material instead of extruding out a ribbon of plastic. With a CNC system, I can carve wood, which may be a more desirable material. Plastic is light and can be detailed, but it doesn’t have history.

Looks like I am starting my website over again. Throwing out the old and starting fresh. Let’s see if I can produce something worth holding onto.

I converted my studio to a bedroom while my brother and his girlfriend were visiting last week. It was great to see them. I am fortunate enough to have the space to host them for a few days. Now, I need to move on and get started with my painting again.